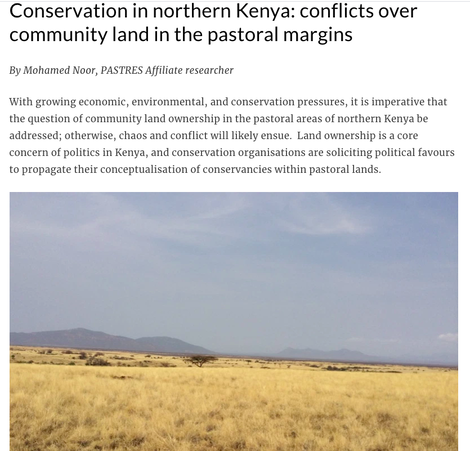 ​Mohammed was born and raised among the pastoral communities of Isiolo, Kenya. For the last nine years, he has been working as a communications research and development professional, currently with the  Drylands Learning and Capacity Building Initiative and the Pastoralist Parliamentary Group in Kenya. As a PASTRES research affiliate at the University of Sussex, Mohammed is investigating issues pertaining to land grabbing and large development initiatives in pastoral areas.  He is developing a PhD project exploring the use of novel technologies, such as blockchain, as a means of legitimizing pastoral rights to common land use.  Mohamed holds a BA in Sociology, Communications, Armed Conflict and Peace Studies from the University of Nairobi.

A number of recent publications, such as 2014’s Guidelines for genomics work on vulnerable populations (H3Africa) and the 2017 San Code of Ethics, highlight comprehensive and culturally sensitive research practices aimed at improving local community inclusion. These formal documents represent a growing recognition that researchers should integrate local participants throughout the scientific process - from proposal conception, to methodological design, data collection, publication, and educational / knowledge feedback into the community. These are commendable and concrete steps to improve local autonomy and encourage reflection by scientists on best research practices that are culturally acceptable and relevant to study participants.
In 2016 – 2017 we conducted a study measuring genetic variation among the Turkana, Borana, Rendille, and Samburu pastoral ethnic groups of northern Kenya, involving collection of mouth swabs and saliva samples. Methodologies were designed to avoid transgressions against cultural taboos and explicitly required results feedback to participants, that they may find to be educationally, culturally, and socially beneficial. Dissemination materials reflected local languages and engaged participants through readily familiar concepts. This feedback integration allows for communities to be active participants in how research findings are disseminated and culturally-framed, thus helping to maintain and build trust between scientific and local communities. 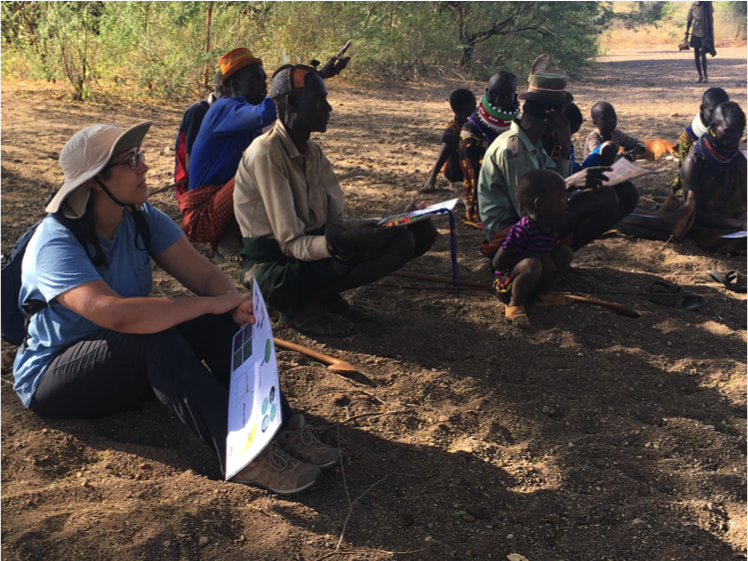 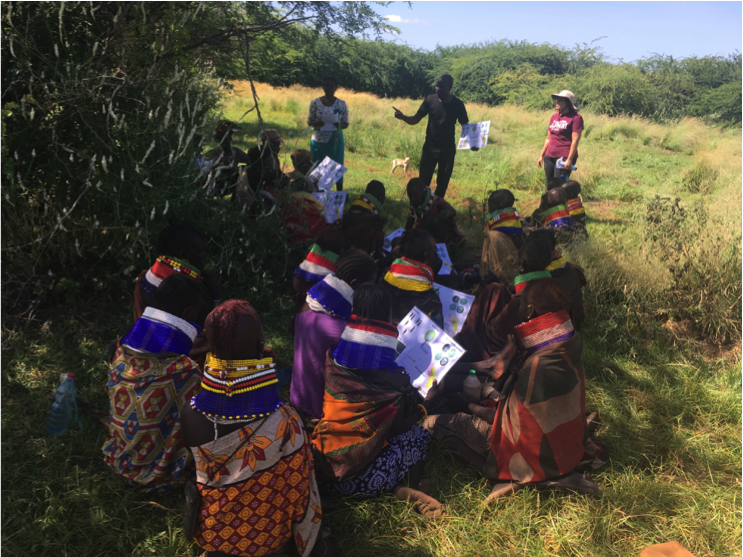 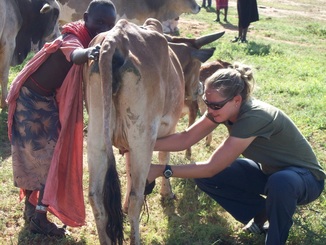 Handley received her PhD in anthropology from the University of Durham in 2013. She has conducted fieldwork among the Samburu, Borana, and Rendille pastoralists of northern Kenya, examining interethnic conflict and cooperation between these groups using game theory and socio-ecological resilience models.

As a post doctoral researcher on the Templeton Project, Handley will examine the role of cultural boundaries in shaping the scale of cooperation and moral sentiments. For this project she will conduct fieldwork among the Turkana and also continue to work among the Samburu, Borana and Rendille. Such data will be invaluable for testing cultural group selection models for the evolution of human cooperation.

The Turkana project is glad to have Carla Handley join the team. Handley's ethnographic knowledge of multiple pastoral groups in Kenya is an asset for doing the cross-cultural comparative work needed for testing cultural group selection models. 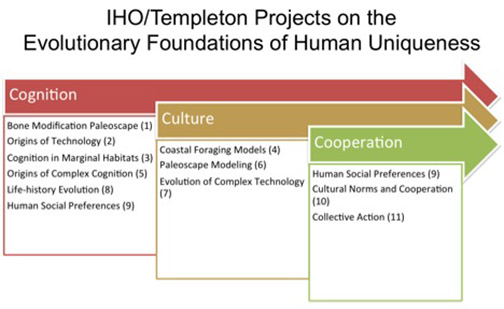 The project “Evolutionary Foundation of Human Uniqueness--Reconstructing Patterns of Cognition, Cumulative Culture and Cooperation” brings paleo anthropologists and archaeologists together with researchers studying the evolution of human behavior and psychology at ASU in 11 linked sub-projects, and is the single largest investment in human origins research.


The Turkana sub-project will focus on the evolution of large-scale cooperation in humans and the role of moral sentiments, cultural norms and prosocial preferences in shaping human ultra-sociality.  Read more...
Origins event debates the future of violence and humanity, and features Turkana warfare work 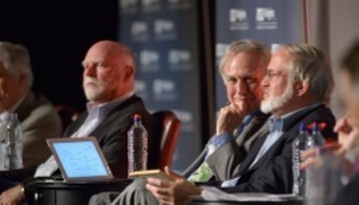 Celebrate five years of intellectual stimulation and excitement with the Origins Project at Great Debate Transcending Our Origins: Violence, Humanity, and the Future. The first panel of the evening, The Origins of Violence, will feature scholars and writers Steven Pinker, Richard Wrangham, Erica Chenoweth, Adrian Raine, John Mueller and Sarah Mathew discussing the development of violence from the brain to world wars. The second panel, The Future: From Medicine and Synthetic Biology to Machine Intelligence, will feature scientists and notable experts Richard Dawkins, Craig Venter, Kim Stanley Robinson, Esther Dyson, Eric Horvitz, George Poste and Randolph Nesse discussing the future of new biomedical and robotic technologies and their impact on humanity. The evening will be moderated by Lawrence Krauss.  Read more...

Watch the event
Paper exploring how the Turkana solve the collective action problem in warfare selected to be F1000 article
Mathew, S. and R. Boyd. 2011. Proceedings of the National Academy of Sciences, 108 (28): 11375-11380
Powered by